I am going to be posting about the current Year of Living Uncomfortably over the next several weeks, so I thought it would be worthwhile to post here about when it started. There are a lot of things referenced here that may not be the reality anymore (such as people not knowing how I identify, and Duckstock, which is no longer happening), but it was all true then.

I don’t often share personal information publicly (read: never) but 2010 is my year of living uncomfortably.

Someone told me a few months ago that when he went to Duckstock for the first time, it changed his life. And while I took that at face value and believed that it had changed something in his life, a part of me sat back and said, “Come on. It’s kinky camping. How can that be so very life changing?”

Most people in the Atlanta community think they know how I identify. Only a very few really know.

After a break-up in January, I decided that this year is the year of living uncomfortably. I decided to do things that I’d wanted to do, or was a little afraid to do. I decided to try to step outside the box I’ve been living in for a long time. Don’t get me wrong. I like this box. It’s a very comfortable box and I enjoy the things I do within it. But I wouldn’t know what I might be missing if I never stepped outside of my lovely box and its fun times. And being without a d/s relationship, I could decide exactly what I wanted to do and when.

I decided to not let my fears, my hang-ups, keep me from trying new things. I decided to do things that I'd wanted to do, or was a little afraid to do. #YoLU Click To Tweet

A couple years ago, I lost an extremely important part of myself. I thought (was afraid) it was gone forever. I know, that sounds terribly melodramatic. After awhile, I realized that it was just in hiding. Pretty deep hiding. I had no idea what to do about it. I got caught between wanting it back and being afraid of it coming back. I’d been hurt very badly the last time it was out in full force. So I vacillated. I felt unsteady and a bit lost. I found myself also bouncing between desperately trying to draw that part out and also trying to ignore it. Desperation is never pretty. Working to cross-purposes never turns out well. 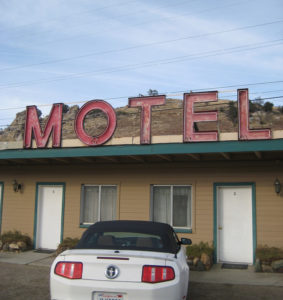 This is my idea of “roughing it.”

As part of my year of living uncomfortably, I attended Duckstock. It turned out to be the weekend of living uncomfortably. I am not a camping girl. I am a Hilton girl. I’ll do Marriott and Starwood too. Motel 6 is roughing it for me. I have sisters in this hotel-hood. We commiserate. I own this. I am not ashamed. But, this should give an idea about how just going made me uncomfortable. But I signed up, and I went.

I had an epiphany earlier this year and I had several small realizations as well. The epiphany is private. It doesn’t go here. But the realizations…. I had to confront the idea that I’m afraid of the hidden part of me that I still wanted back. The vulnerability associated with that bit of me (which is most of me, if I’m being really honest) is terrifying. I had to confront the idea that what I want/need more than anything may be something I will never have. And the return of that missing part will just make the not-having-what-I-want/need worse. And I had to resign myself to that. I’m still working on that part.

At Duckstock, through the universe’s immense mercy (or simply a fortuitous and happy event), I managed to stay in a cabin (read: shed with beds), rather than a tent. I had great roomies. Five of us crammed into a shed and there was NO drama. None. I can’t tell you how the anti-drama of my shed-mates helped me that weekend. There was very mild snoring and the occasional view of the monkey butt, but those weren’t bad situations at all (the monkey butt was kinda nice, truth be told 😉 ). My roomies rock and I heart them muchly! — This, though, was part of the uncomfortableness too; the beginning, as it were.

I am not a room-sharer. It has nothing to do with the people I may or may not room with. It’s just my own thing… I don’t share rooms. It worked though. And it worked well. So it was the first, but not the last, of me pushing myself through things that make me uncomfortable in theory and sometimes in reality. And in the pushing, I found that I have more strength than I realized. And that sharing a shed with beds with the right folks is downright fun.

Last weekend, I think I might have blown the mind of an elder whom I respect very much. She’s always viewed me the way most people view me, I think. And when I served at a lovely ceremony, she saw a side that she’d never seen in the fifteen or so years she’s known me. We spoke a little bit about it later and she said, “I’d always heard, but it’s something I’d never seen you do. I’ve not seen you in that light before.” I think that’s something I will hear again. 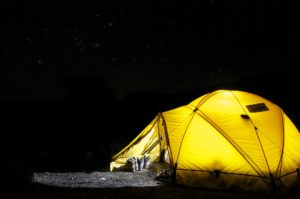 I attended a number of classes at Duckstock and one in particular hit me very hard. It touched on all those things that ran away with that errant, frightened, hiding part of me. The class reminded me in concrete ways of the things I missed. Of the things I used to be good at; of the things that brought pleasure. It made me pensive. It made me sad. It made me wish. I attended other classes as well; I saw beautiful rigging, hot scenes and fierce, fierce service. Again I vacillated — for the entire weekend I vacillated. But in this instance, it was between excitement and melancholy.

I am not a dominant. No. Really. I’m not. (Seriously, stop laughing and listen.)

I learned a long time ago that I do not have what it takes to maintain dominance over the long term. It’s too tiring for me. It’s not my natural state.

But I often step into a dominant role in interactions, whether one on one or in a group. This is why people make that mistake in working out how I identify. I have a very strong will. It sometimes gets in the way, but mostly it’s a good thing.

Someone who knows me in a d/s sense better than I know myself explained to me why I do this “stepping-in” and his explanation feels right. I view life through a d/s lens. For me, most interactions require that someone be in a dominant role. Understand that this doesn’t mean one person is bossing others around. It simply means that one person has the stronger will within the group interacting — it doesn’t necessarily mean anything is enforced or even acted upon in relation to that will. It simply needs to be present.

The first step of any difficult or challenging thing is always the hardest. I stepped. I stepped a lot. Many times; through many doors. And I didn't die. #YoLU Click To Tweet

Of course, life doesn’t always fall into this neat little pattern. But for me to be the most comfortable in a situation, someone must have that dominant strength of will. And if no one else steps up, I do. Because it makes me more comfortable for that role to be filled by someone, even if it has to be me. Recently, this fucked mightily with my head in a private interaction with someone. And that’s how I know that this is true.

Saturday and Sunday of Duckstock were the most scary, exciting, happy times of the entire weekend (even though my tummy was being rebellious all evening Saturday). I pounded against the doors of a number of my hang-ups and was able to open them. I stepped through those doors at Duckstock and, again, I gained strength in the stepping. A few people knew of some of these pushes I was making. One person knew of all of them. That person’s gentleness and occasional good-natured prodding are really what shored up my strength to get those doors open. The doors are still there, but they’re unlocked now. The first step of any difficult or challenging thing is always the hardest. I stepped. I stepped a lot. Many times; through many doors. And I didn’t die.

Somehow, during the course of that weekend with its emotional ups and downs, with the nostalgia, the melancholy, the excitement and the new experiences, somehow that hidden part of me got the strength together to peek out. She opened the door she was hiding behind and she looked at the world again. And since Duckstock, she’s stepped through the doorway and she’s begun settling back into the place inside me that has been empty for the last few years. Her place. And I don’t feel as lost or confused and I’m not vacillating any longer.

If you think that you know how I identify and you see me in a situation that doesn’t mesh with that, consider that you’re probably seeing something I’ve rarely shared with people outside a very small circle. Consider that I’m stepping outside my comfort zone by exposing a part of me that has always been there, but that you’ve never seen. And it has always been there. It is a huge part of who I am; it’s more of who I am than what you’ve probably seen in the past. 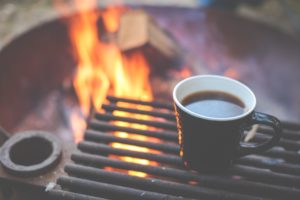 Duckstock is, indeed, very kinky camping. I encourage you to go if you haven’t. It may not be the turning point for you that it was for me, but I know you’ll have a great time! Even if you’re not a camper 😉

And to my friend: My apologies for not understanding. You were right. It was life-changing.